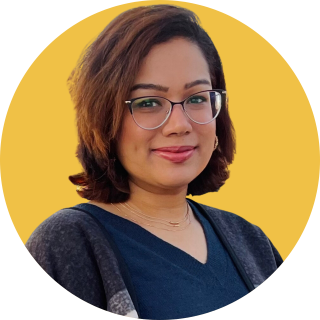 Climbing the Mango Trees: A Memoir of a Childhood in India by Madhur Jaffrey
My rating: 5 of 5 stars

One of the pioneers in Indian cookbook writing—Madhur Jaffrey in her autobiography Climbing the Mango Trees: A Memoir of a Childhood in India, set in the 1940s is a heartwarming and delightful book to read. I first picked up this book when I was interested in researching food memoirs; how recollecting the experiences of eating impacts our memories. I was supposed to finish this book and write an abstract including two more food memoirs for a PhD interview. Alas! The research never came to fruition but the book remains with me. Like a memorable gastronomic experience.

Before reading, I assumed the story would be about how Jaffrey developed her passion for cooking as a child. Little did I know, in reality, she almost failed in cooking classes that she studied as a part of her lower mathematics curriculum at school during that time!

When I started reading this book, it took me a while to set myself in a mood to patiently go through all the details she gives about her ancestors and home. Belonging to a Hindu caste (Kayasthas) whose profession was mainly meant as bookkeeping for higher authorities ‘-write history, keep records and manage taxes and accounts’, Jaffrey explains how her ancestors who worked under different rulers bought in a variety of influences in her family while growing up. The family adopted certain dishes, clothing styles as well as were fluent in multiple languages like Persian, Sanskrit, Hindi, Urdu and English. Since India has been ruled in stages by Muslim and British conquerors, the author pens down her memories while growing up in Old Delhi and Kanpur.

In the India of that time you were what your family was (I borrow shamelessly from Brilliat Savarin) and my family was a hybrid: it was Hindu by origin but heavily veneered with Muslim culture and English education; it considered itself very liberal but lived by the ancient rules of the joint family system where men dominated, where only men made it to history books, and where all marriages were with other Kayasthas- more ink-pot and quill.

Jaffrey notes her experiences in Old Delhi, Kanpur and Simla during holidays. She introduces the reader to her joint family including their individual personalities, their successes and troubles that they faced. Meanwhile, she also beautifully recollects the dishes and their tastes that she devoured wholeheartedly — whether it was from family picnics, tiffin boxes in school, street food at Chandni Chowk etc.

That was the peculiarity of India’s cuisines. There were dozens of traits, habits and traditions that could be used to define regional foods. But such definitions were never entirely satisfactory as there also hovered over each dish an air of indefinable religious sensibility that could be seen and tasted but eluded pinpointing.

Pullao Sundays were another matter. They were, without a doubt, a product of our Muslim heritage. The proper name for our pullao would probably be Yakhni Pullao, yakhni being the flavoured stock for cooking rice. (Even the name of the dish was derived from Arabic and Persian sources.) That flavour was heady. Pieces of goat, from neck and ribs in particular, were boiled with whole spices-cardamom, cumin, cinnamon, cloves, bay leaves, fennel seeds, black peppercorns and coriander seeds as well as a whole onion and chunks of ginger.

I was particularly intrigued by the family’s history and how the profession of males impacted their culture in totality. Jaffrey often wondered if they were any less Indian than people who were not influenced by Muslim or Western customs and education.

There were moments when I read a chapter and put down the book to reminisce about my own childhood which I spent abroad. It was personally wonderful for me to read because not only was I introduced to India’s history and evolution of changes that took place post-independence, but somewhere I could sympathize her feeling of alienation regarding herself and her family. She does not shy away from discussing a close relative and his charming yet manipulative behavior that seeped troubles into their lives. Her description is highly detail oriented; food, clothing, people and surrounding — it flawlessly transports you back to her time. Her writing is poised and occasionally filled with humor.

For her fans and readers alike, the book contains thirty-one mouthwatering family recipes in the end; each dish making an appearance in one or the other chapter. The moment I finished reading, I made light rice pudding (phirni) following the instructions that are given in her recipe. Happy to divulge — it turned out delicious!

In conclusion, this book is a pure gem to read. Not sure if it’ll have the same impact on readers from countries other than India, but I enjoyed reading it thoroughly and can undoubtedly put it on my list of favorites.

View all my reviews“>